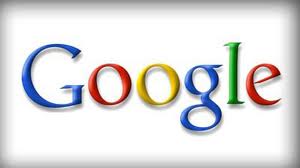 World No. 1 Search Engine giant GOOGLE may have had well-documented with Indian government about hosting ‘Objectionable’ content but its global chairman, Eric Schmidt – is categorical that the $ 50-billion company will always have “a bias towards putting stuff up rather than taking it down”.

“We obviously cannot police everything that is put up on the Net. But, if there is any objectionable matter is put up, and it is flagged to us- by government, or police, or even by private citizens- in each and every case, we follow the same procedure for everyone. If there is a court order against it, we will remove it. If it is stuff that violates our terms of service like child pornography, we will immediately remove it. But often, there is an issue with laws that are not precise in interpretation. We conduct an internal review at our headquarters in the US. Where our experts work closely with the team of the relevant country which sensitizes them to local laws and norms”, - said Schmidt.

In some cases, if our team says so, we will remove the content. But by and large, we have a bias towards keeping stuff up rather than taking it down, he added. About 10% of India’s population has online access right now. In the next five years, that could explode to 80%.
Eric Schmidt chairman of Google said that – India already has the world’s third largest number of internet users, behind only China and US.

Indian IT industries is growing and giving a tough competition to others. Indian working style is unique and effective for industries.
Posted by Verve Corporate Gifts at 00:26